Secrets of Success: Coaching Yourself to Fulfillment in the Business!

Tips for using a success speaker

Putting common sense back into your business

How to stay motivated after the coaching process

Secrets of Success: Coaching Yourself to Fulfillment in Business!

Do you need to reinvent your business and how to tell

When it comes to the times when you are going to have to re-invent the business you will find that it may be when the profits stop coming in as fast or just after so long when people have gotten comfortable with the business. You will also want to make sure that you have everything that you offered in the beginning, but you re-invent yourself and the business through many techniques so that you can build on the business. 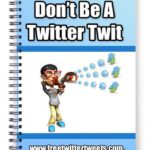 Will Your Next Tweet Be Valuable Information Or Junk?

Send Tweets That Will Keep Your Followers!

Learn why the hard sell won’t work with Twitter ….

– Discover ways to get and keep followers.

– Find out just often you should be sending tweets out to your followers.

– Learn how to disguise and shorten your links.

– Plus get six pages of tweets that will leave your followers wanting more. 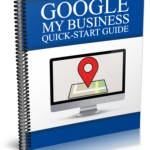 Google My Business is Google’s new platform for creating, managing, and monitoring business listings. It is a good first step for companies that are just getting started on the web; but it has also become the main, one-stop-shop dashboard for businesses that previously used Google+ Local and Google Places for Business.

If your brand claimed and verified your listing on one of the previous platforms, the information should have been automatically updated to Google My Business.

However, it’s still a good idea to check to make sure everything transferred correctly. If not, fix any inaccuracies or duplicates as soon as possible.

One of the major benefits of the service is that businesses will no longer have to update their information multiple times across different Google properties.

Google My Business will help you connect with more local consumers, whether they’re searching for you on organic search, Maps, or Google+. It is a fast way to help your business show up across the board; ultimately giving you more visibility and exposure.

Google My Business is a free service designed to get more business owners under the Google umbrella. Its tools and features make it very convenient for companies to manage their Google-related online properties in a single unified place. 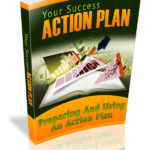 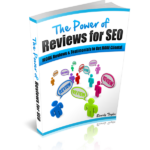 The Power of Reviews for SEO: MORE Reviews & Testimonials to Get MORE Clients!

Reviews and testimonials are statements that a customer or client has made about you or your business. They have similarities and differences.

Testimonials are positive statements the client has given you and you have posted on your website or other marketing materials.

Reviews may be positive, neutral or negative and are written by someone about you, your services or your business. Typically, reviews are posted on directories or review sites. A review may be written by anyone, even someone who hasn’t worked with you. A person might even post a review about how you handled a phone call.

What’s important is to think about two things:
a) The search engines who read it
b) The people who read it

Obviously, you first care about your visitors, after all, it’s them that will make the decision to purchase. But you also need to know reviews are tracked by the search engines. 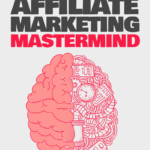 Affiliate Marketing is plain and simply a method of marketing where you can earn a commission or fee for promoting other peoples products or services.

You, the Affiliate agree to promote those products and or services via your webpage, your blog, your email campaigns or what ever method is allowed, and any sales you make will earn you the Affiliate a set fee / commission or an agreed percentage payment.

Affiliate Marketing if done right can be very lucrative, many people earn a good living just by promoting other peoples products

As an Affiliate Marketer, you don’t have to worry about creating your own product and you won’t have to deal with customers or customer support issues.

Your main skill set needed to become an Affiliate Marketer is some basic internet marketing knowledge and more importantly “the desire to succeed” !

With most affiliate programs the typical commission you can earn is between 30% and in some cases 100% although averaged out, 50% is a more realistic baseline. There are lots of affiliate programs out there, and the majority of them are absolutely free of charge to join.

Affiliate Marketing can, when done right, be very worthwhile. 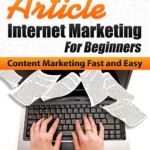 The internet has definitely dramatically changed the way we do things. Today, instead of driving to our local bookstore, we open our computers, surf the net, and buy downloadable ebooks online. As more and more people are buying electronic books due to the convenience they bring, there is now a huge demand for these information products. If you are a writer and you are more than willing to share your specialized knowledge to online users, you can make a fortune out of this endeavor.

Creating your own products is by far the best way to make money online. If you don’t have the resources yet to create physical products, you can start with digital or information base products like ebooks. By going this route, you will not need huge amount of money for your initial investment and you can write about any topic that you are very passionate about as long as they have a viable market online.

Ebook writing can be your key to succeed online. You can use these electronic books as your traffic-generating tools, sell them for profits, use them to establish your expertise on your chosen niche, or help your potential customers by giving them free information so they will become loyal to you. With numerous benefits that these information products can offer you, you must seriously include ebook writing in your internet marketing to-do list. 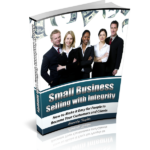 Selling actually has different meanings for different people. A salesperson who loves his or her job may love the term selling. It might feel exciting and wonderful. Another person may feel that it is the worst activity in the world. Why is there such a wide range of feelings? Let’s look at that.

You are probably a small business person if you are reading this book. While the examples used here are for hypnotherapists, you can use it for any holistic practitioner work. Much of it will even work for most small businesses. 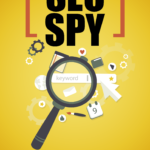 Who else wants to literally command traffic to their websites?

Become An Army General Of SEO And Literally Order Traffic Searches To Flood Your Online Business With Ease!

Explode Your Page Rank Fast With The Marketing Secrets Of The Top SEO Experts And Rake In A Lion’s Share Of The Profits You’ve Missed Out On!

As we all know, having a high page ranking (and hence, visibility on search engines) depends on how effectively you optimize your websites for SEO – Search Engine Optimization.

We know that it is important, and that thousands of dollars are left on the table because businesses are unable to reach their audiences by being hidden behind the clutter of their competitors.

Now, hiring consultants are not cheap nor is paying syndicates to magically get your website on top of Google. So what’s a small business owner supposed to do?